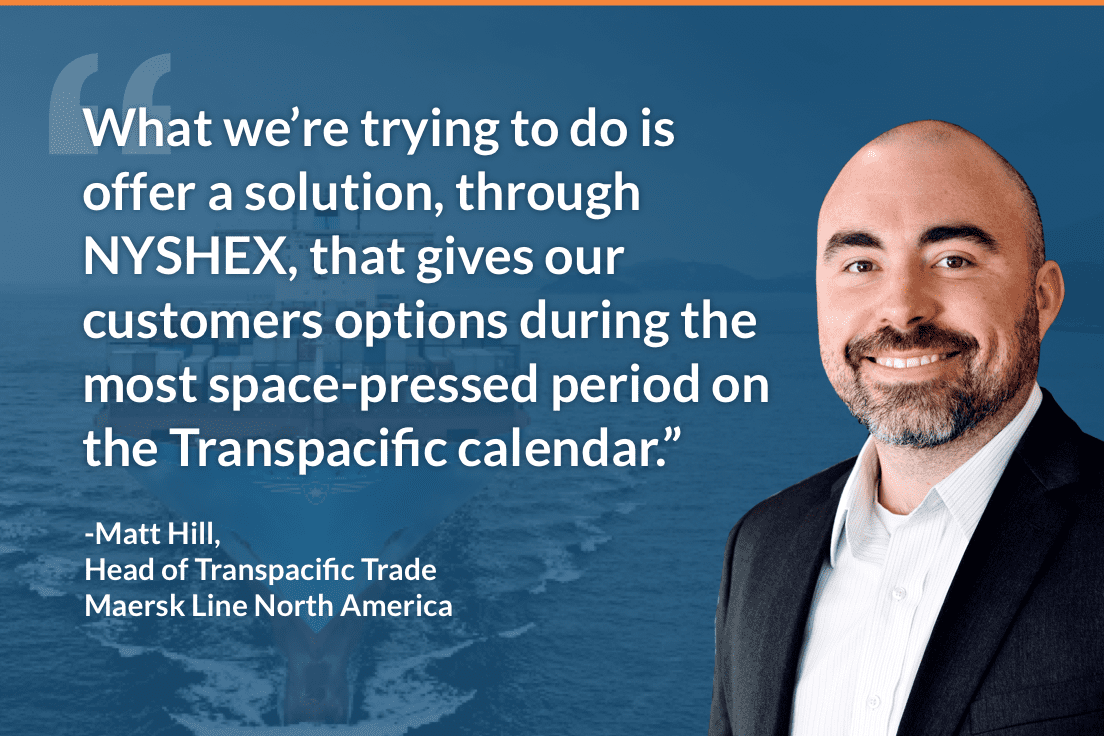 Maersk Line is working hard to ease the pressure during this year’s peak season. Not by treating shippers to yoga classes or a cup of calming tea. This year they will be easing stress levels throughout the industry by offering their customers and NYSHEX members the one thing guaranteed to bring a sense of calm and confidence to shippers everywhere: peak-season space.

Starting on the 21st of August, Maersk Line will begin posting offers for Transpacific eastbound sailings on the exchange for the first time. Shippers will be able to secure contracts that guarantee space, equipment and peace-of-mind as the Transpacific eastbound trade heats up through the end of September and early October. 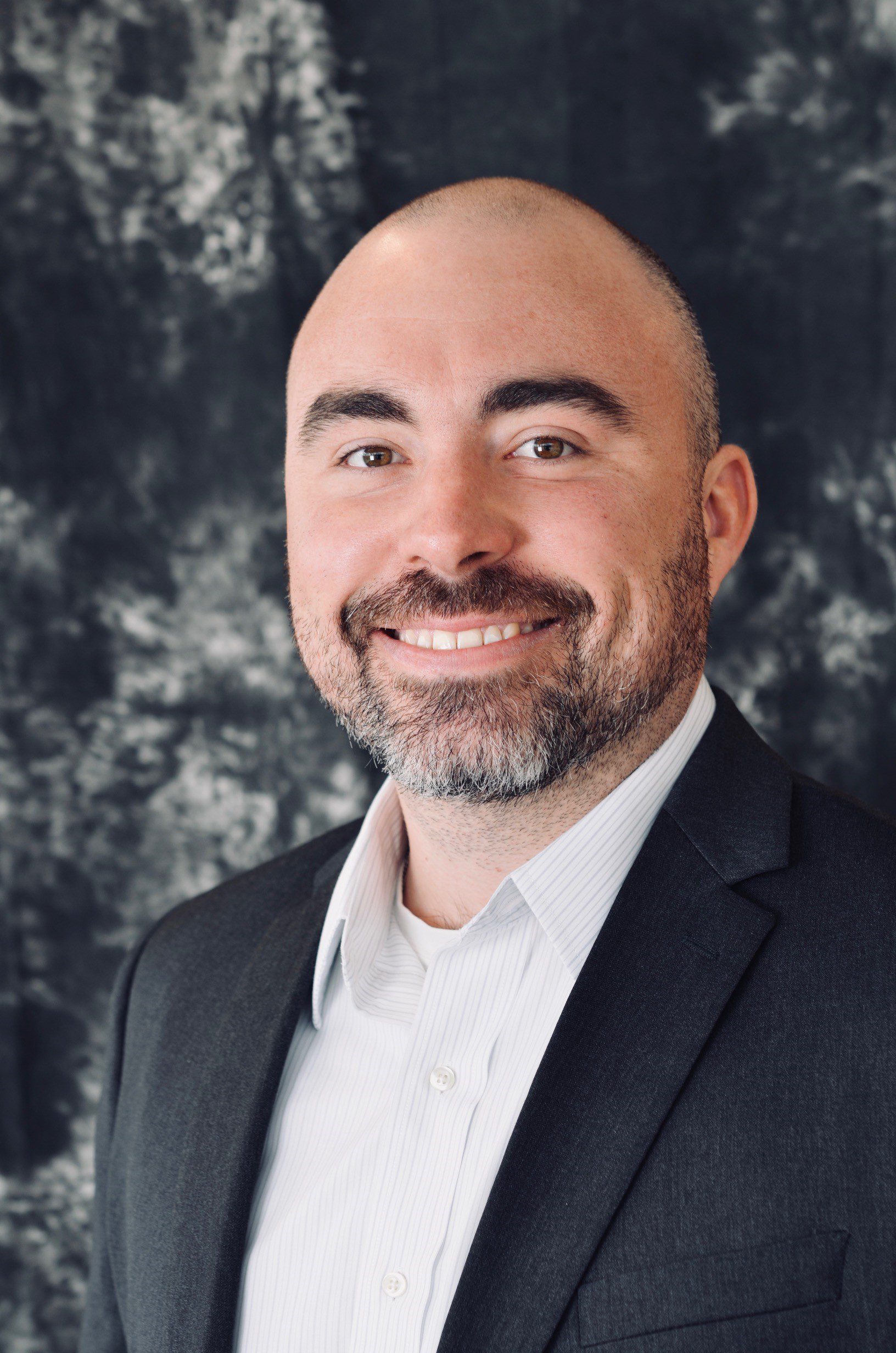 For many shippers, Maersk’s move couldn’t come soon enough. This peak season is shaping up to be an especially busy one with tight space. Industry-wide consolidations and service changes as well as low inventories are to blame, according to Matt Hill, Head of Transpacific Trade for Maersk Line North America.

“We typically see a historical market increase in August and September as shippers ramp up for their holiday buying season. Combine that with the reduction in capacity shippers are experiencing from many carriers in the trade, uncertainty around the impact on imports out of China because of the tariff issues and overall higher than expected year-to-date volumes—and you have the makings for a strong peak season,” he says.

Maersk’s move to begin placing offers for Transpacific eastbound sailings on NYSHEX is part of a deliberate strategy to ease the pressure for its customers. “We have decided to optimize our space by placing contracts from China to the U.S. on NYSHEX, to allow our customers and other shippers the option of contracting via NYSHEX. It gives them an alternative to secure additional guaranteed space in addition to their existing carrier contracts,” Hill says.

The initial response from members indicates that demand for these new NYSHEX Forward contracts will be high. Hill says, “With the feedback we’re getting, we can see it is promising. We’ll know more in the coming weeks with contracts secured and bookings being fulfilled. “

The journey toward a Transpacific eastbound offering on NYSHEX began some time ago for Maersk Line. They were founding members of the exchange and one of the first to see the potential of NYSHEX’s signature benefits of guaranteed space and equipment. This new offering will complement its Transpacific westbound contracts currently available on the exchange.

Hill describes the evolution this way, “Over the course of the past year, we have been working closely with NYSHEX on our export pilot focusing on grain contracts. The pilot proved to be successful for both Maersk Line and the NYSHEX member customers. We were able to offer specific contracts to the market. Our customers went on to purchase 1000’s of TEUs and they shipped their contracts in full.

With the proven partnership, we now had the way paved to focus on another service, and with Pacific peak season right around the corner, it was the perfect time to add options for our customer base and NYSHEX members.”

These moves could have big consequences in the Transpacific service network where over 76% of U.S. imports travel. The amount of contracts they will offer on the exchange is not set and could change daily or weekly, according to Hill. What is known at this point is that Maersk Line has made a commitment, and it’s likely to expand.

“What we’re trying to do is offer a solution, through NYSHEX, that gives our customers options during the most space-pressed period on the Transpacific calendar. It’s not enough to just offer the standard contracts that have been the only option for years. We aim to be more flexible for a dynamic customer base that needs innovative supply chains and to improve the financial health of the industry. It’s important to explore more options and see if they are the right fit, not only for us, but for our customers.” Hill says.

See the Transpacific offers Maersk Line currently has posted by becoming a member for free!