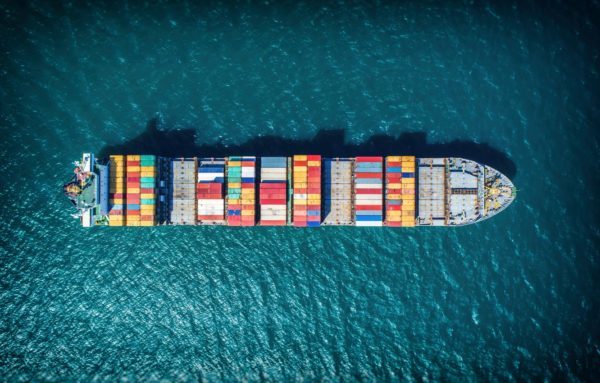 If you haven’t been keeping up with supply chain management news, it’s important to know that 2022 is bound to bring challenges to logistics, shipping ports and businesses across the West Coast. United States dockworkers and their management systems are about to engage in contract negotiations that could go on for months beginning with ILWU.

Some say that these negotiations could all fizzle out with a compromise on both sides, others believe that they could have short-term disruptive effects, and some are leveraging that they change the landscape of ocean commerce and shipper strategy for an extended period.

The ILWU contract will expire in the middle of this year, with several factors affecting the volatility of the entire industry. The anticipated topics of discussion and potential changes will span from technology and automation to attempting to alleviate labor shortages and port congestion. While carriers may seek settlement to avoid further conflict, there is a potential for standstill and that negotiations will be drawn out at the expense of the industry.

The ILWU took formal action—creating even more tension—when they rejected an employer offer to extend the current coastwide contracts until the middle of 2023.

This International Longshore and Warehouse Union (ILWU) criticized plan changes for automation at the Port of Long Beach, shining light on a large destabilizing factor: many employers have the right to automate cargo handling however they would like at their own facilities. The automation factor is an inevitable and potential threat to ports moving forward, but the debate has now centered on how to smooth the transition in a way that is mutually beneficial.

The ILWU sees automation as a threat to their sector of the shipping industry because robotics will always have the potential to replace human labor in great numbers. Even though prior negotiations agreed to compensate for these losses by offering lifetime wages for dockworkers, whose jobs were replaced by machines, it still brings a wave of instability to the shipping industry as a whole.

This past year saw ocean freight businesses bringing in record amounts of profits. One facility at the Port of Los Angeles recorded nearly $5.5 billion in profit, almost double what it had made in 2020.

Supply chain management is fragile at best right now. Consider it like a domino track: one small change has a ripple effect that is felt throughout the entire ecosystem. As a result, the traditional strategy of having a lean inventory model is becoming less stringent, as it has become more financially responsible for a business to have a surplus of inventory on their books than take the hit from lost sales amid such high demand.

Smaller businesses that can’t rely on the stability that larger organizations benefit from are also hedging risk to get ahead of their work before these contract negotiations begin. One owner of a textile company thinks of it this way, “If slowness kicks in, then forget it. It will continue for the rest of 2022,” when trying to estimate a timeline that disruptions will continue on.

What This Could Mean for Your Team

In the past, new contracts have held some contention and caused disruptions that affect tens of thousands of dock workers. When these types of labor contract negotiations happened in 2014 and 2015, disruptions and shipping delays were abundant. When you add that baseline to the already present labor shortages, potential COVID outbreaks, and ongoing port congestions, you may find your team severely affected by this upcoming transition.

ILWU International President Willie Adams has a positive outlook, however. He says that this collective bargaining should be viewed “as fundamental to the wellbeing of our ports rather than prognosticating disaster.” He also says that the union is prioritizing moving cargo as quickly as possible and keeping workers out of volatile or hazardous situations.

Negotiations are rarely quick, however. Historically, they have taken months to come to a solution and implement their decisions, as infrastructure often moves slowly. Employers have accused workers of slowing down production and causing delays, while employees claim their supervisors aren’t managing with their best interest in mind.

While we are only in the second week of January for 2022, the forecast for this year continues to be uncertain. In the coming months, it will be likely become increasingly necessary for businesses to strategize and hedge against future risk by building stability into their supply chains.

Max is a writer and marketing specialist here at NYSHEX. He graduated from Columbia University in 2020 and is passionate about uncovering and analyzing the inefficiencies and opportunities that exist in global commerce today.