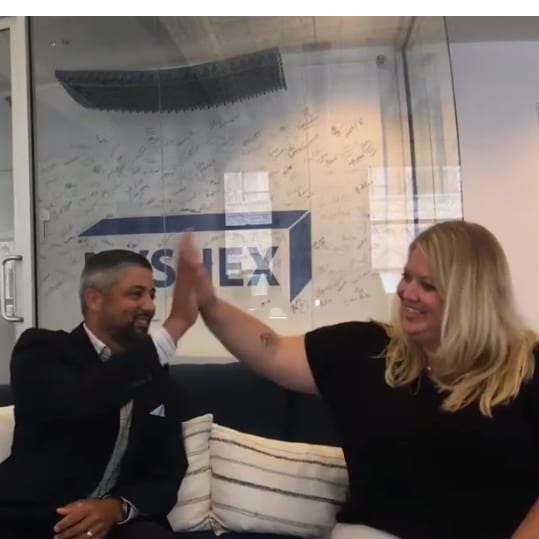 How many times have you had to walk away from hard-won business?

On the flip side of the coin, how much time do you spend chasing your customers down for the cargo they awarded to you?

I remember it like it was yesterday. After years of quoting and relationship building, as a carrier sales executive, I finally won the trust of a massive importer and a multi-million dollar, fixed-rate contract was signed. The customer was happy. My trade team and I were ecstatic. I white-gloved the on-boarding and engaged all the right stakeholders. Then, as the very first containers loaded, I was notified by our origin office that new yield guidelines had just been handed down, and I must now go and obtain a rate increase or the cargo would be declined.

I am certain that in carrier sales, if I had had the tools that are available today, I would have done things a lot differently and saved myself a lot of time and frustration. In this post, I’ll share the top three ways that new technology through NYSHEX will help you save time, delight your customers, and meet your sales budget.

1) Contracting through NYSHEX ensures that your organization is just as committed to your customer’s cargo as you are.

Contracts are made with the best of intentions, but market conditions change and it can be tempting for either party to toss out or renegotiate an agreement. Because all NYSHEX member carriers have agreed to pay out a 20-35% penalty to the shipper if they cancel or roll their cargo, they have procedures in place to prioritize NYSHEX shipments. Had my import customer been under a NYSHEX contract, the 20% penalty at stake would have ensured that all internal stakeholders stayed committed to the contract.

Here’s a more common scenario. Let’s say you’re heading into a season when space or equipment is typically tight and you want to make sure your customer gets what they need from your organization. Lock in their contract on NYSHEX and rest assured that your customer’s equipment and space will be prioritized.

2) Using NYSHEX saves you extensive time in the rate quoting and contracting process.

I hope your win-rate is far superior to mine, but I once calculated that only 10% of what I filed, and 3% of what I quoted actually moved cargo. We all know that it is prudent, a common practice for shippers to obtain quotes from multiple carriers (and, if they’re a BCO, likely from NVOs as well). There might be multiple rounds and occasionally, one sharp offer can be used as leverage with another carrier. Not only are trade managers wary of these exercises, but there is an inherent lack of confidence from trade that sales will do all they can to maximize revenue from the customer. As a result, they may not give you the numbers you need to win the business.

When your shipper sends a proposal through NYSHEX, she is willing and ready to put down collateral at the moment your trade manager accepts it. She can’t renege or leverage the rate elsewhere because the proposal is binding once accepted. The same is true when you send a proposal to a shipper through NYSHEX. The multi-round ordeal and renegotiation is eliminated. The terms are clear and both parties know exactly what the other is willing to commit to.

3) Contracting through NYSHEX guarantees that you don’t have to worry about that portion of your budget.

As Peter Raineri, Maersk Global Client Manager, said, “With NYSHEX, I’m essentially reducing my targets because I know that cargo is going to show up.”

Once you’ve signed and filed a NYSHEX contract, you will never have to chase down the cargo. You can count that as a portion of your quarterly target achieved. In fact, if your customer is falling behind, the NYSHEX team is on top of it. We follow up with shippers who are not on target to hit their commitments to see how we can help get the volumes back on track. You get sales credit for every box too!

Today, NYSHEX shipper defaults occur less than 0.1% and carrier defaults, 0.6%. Isn’t that a recipe for customer satisfaction compared to an industry average of 25% shipper no-shows and 9% carrier rollings?

Would you like a demo from NYSHEX to learn how you can delight your customers, guarantee the business you’re signing, and save precious time? We would love to speak with you!