In light of the current situation with COVID-19, the term "Force Majeure" has been getting thrown around a lot lately.

What is Force Majeure? 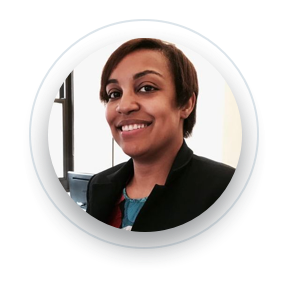 unforeseen, outside force imposes itself on one or both parties to such a degree that it is nearly impossible to fulfill the contract. The purpose of a contract is to be an offer, and acceptance of that offer for consideration of something of value. These obligations are not meant to be exited easily. As a result, courts do not take kindly to Force Majeure clauses and they are read very strictly. That is to say that most courts, including those in New York where NYSHEX is located, tend to read them as only applying to what they say they apply to. This is commonly referred to as "the litany."

What is the "litany"?

Many courts will not enforce a Force Majeure clause unless the reason is listed in the "litany." A litany is simply the list of events that the parties agree will be considered a Force Majeure. This includes terms such as, an "act of God" or "act of Government" and "strike" or "war." Common examples include hurricanes or severe weather (Super Storm Sandy here in the U.S.) or the complete lock-down of a country where nothing is allowed in or out. A country placing another on a trade embargo is also an example of a Force Majeure for ocean shipping.

What is the purpose of a Force Majeure clause?

These clauses are included in contracts to protect both parties when things they could never have planned or prepared for happen. Let’s say you sign your 12-month contract in good faith and, a month in, a temporary event impedes upon fulfillment. You need a mechanism to flex the contract temporarily, so it doesn’t break. And herein lies the difference between one boilerplate and the next.

What happens after a Force Majeure has been declared?

Some contract boiler plates include cancellation clauses in the event of a Force Majeure. ​This enables the entire contract to be terminated, with the obligations of both parties terminated as well. In plain language, the contract that you just spent months negotiating becomes null and void effective immediately and does not resume once the situation returns to normal. By that time the market conditions have likely changed and the costs to procure those services again may be far higher.

Today, many are posting to LinkedIn supply chain groups that Force Majeure has left them without contracts and without options. If you have a NYSHEX contract, you can rest assured that you still have a contract. If you wish you had bought one, it’s not too late. Shippers have already locked in 25,000 containers on NYSHEX for Q2 before it has even begun, for rate, space and equipment guarantees.

NYSHEX Staff
Back to Blog