Q&A with Lars Jensen on this year’s Peak Season 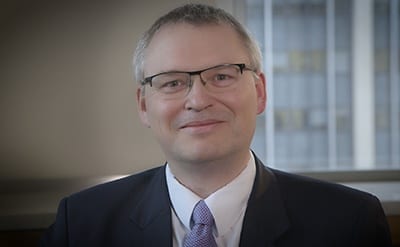 Peak season, that critical time during the year, when cargo needs to move as planned to ensure companies have their products in position for the all-important holiday season is once again wrought with many of the same old challenges – and some new ones too.

NYSHEX sat down with Lars Jensen, CEO & Partner of SeaIntelligence Consulting, to get his view of this year’s peak season.  How would increased demand and tight container shipping capacity play out?  What would be the impact of U.S.-China tariffs?  And, other topics around peak were explored in the following Q&A:

Q: Lars, do you believe the “trade war” (all the new tariffs) is playing a role in influencing peak trade flows?  How will that play out for the ROY and into 2019?

A: The threat of tariffs should in and of itself lead to shippers moving imports forward now in order to get them in before the tariffs go into effect. That could be an argument as to why you might see a stronger peak. The downside is that we have had this threat for a while, but we are not seeing that strong a push yet.

However, if the threat of tariffs being implemented on 100% of Chinese imports suddenly appears to actually go forward, that might prompt a surge in imports prior to its implementation which could result in a very unpredictable market for rates and capacity to meet the increased demand.

Q: Ok, then do you think ocean carriers underestimated or overestimated this peak season in their planning?

A: It appears that the carriers overestimated cargo growth which is now leading to changes in some services and a reduction of capacity. That in turn should be seen as a sign to the shippers that even though demand might fall short of expectations, that does not automatically translate into overcapacity.  The carriers might swiftly reduce capacity accordingly and we’re seeing that today.  As capacity tightens, those shippers with priority cargo may want to book at minimum 4-6 weeks in advance.  And even then, depending on how peak season shapes up, sailings may be blanked and services altered.

Q:  So, what do you anticipate from ocean carriers this peak season?

A: Given recent developments, we might actually see more outright cancellations of services rather than blanked sailings. This in itself should be seen as positive as that at least brings more predictability into the schedules than ad-hoc blankings. But, shippers should be planning for the potential impacts.

Q: For annual service contract customers, what can they expect from their carriers?  What are the likely scenarios for this peak?

A: If spot rates go up, the carriers might cap the intake for contracts to the service contract volumes, but not necessarily cut them.

Q: How should shippers respond?  What options should they be considering to protect their supply chains?

A: Even if we see lower demand and by logical extension thereof, overcapacity, this does not prevent capacity shortages in ‘specific ports’. If just one or two sailings to the same port happen to be blanked, some shippers may very well risk being rolled even in a situation of structural overcapacity. Hence, for cargo which absolutely has to move, is time-sensitive, it would be prudent for shippers to secure space to reduce risk to their supply chain.

Q: NYSHEX members (registered NYSHEX users) are able to purchase ocean services using the NYSHEX Forward Contract™ in a 6-month window.  How much in advance do you think they should book to minimize possible impacts?

A: It depends on the type and mix of cargo. A shipper may well want to ship for example 200 TEU – however not all 200 TEU might be equally critical. They should identify the critical shipments and secure them at least 4-5 weeks ahead of time in order to get it locked before carriers announce ad-hoc blanked sailings, or GRIs.

Q: During peak season especially, how risky is it for a shipper to play the spot market in the hope of getting the lowest rate?

A: Some shippers clearly play the spot market in the hope for last-minute cheap deals, these shippers are not really likely to change behavior and are willing to accept the risk associated with last minute bookings. However, shippers with more critical shipments, that can’t afford the risk of freight not moving as scheduled, should plan and secure their cargo well in advance.  A shippers’ business is dependent on keeping customers happy and for some, keeping production lines running.  Lost sales, angry and lost customers, as well as empty shelves are a high price to pay which most businesses can’t afford.

A: Yes, they should.