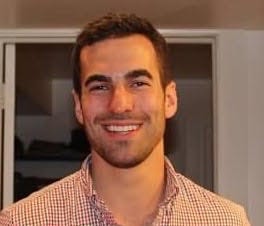 At NYSHEX, we’re passionate about learning as much as possible about the unique container shipping needs of our members.  The more we understand about what’s impacting their business and their shipping pain points, the better we can serve them.

This mission now focuses on the fall peak harvest season for U.S. agricultural (agri) exporters and the value they put on reliable container shipping from NYSHEX.  So, grab your mug of apple cider and learn more about the globally adopted GAFTA (Grain and Feed Trade Assoc.) contract, which outlines penalties imposed for late agri shipments. 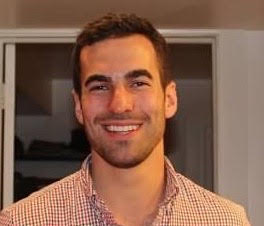 In the following, Joe Caruso, an Export Trader with Stone Arch Commodities, an exporter of grains and animal feed and NYSHEX member, tells us all about GAFTA.  What it is, how it works and what the impact of GAFTA is on an agri exporters’ business.

What is GAFTA in a nutshell?

Essentially GAFTA (Grain And Feed Trade Association) is a trade association that governs arbitration and oversees the contract templates for grain and other ag products – be that bulk, containerized, bagged, etc.  It’s an internationally respected organization in the grain industry.

What advantages do GAFTA contracts have?

The contract language (in our case the GAFTA 88 Template for Container Loads) is the de facto method for contract creation for what we do and governs our trade. GAFTA has done a great job getting more involved within Asia as U.S.-Asia trade has grown over the years.  With this knowledge of GAFTA contracts, our Asia customers’ intentions are in line with what the contract terms display providing set parameters, contract terms and expectations in place.

Another major advantage of GAFTA contracts is the stipulated discount schedule for cargo that is delayed past the contracted schedule – be that due to container lines splitting and rolling cargo, weather, inbound operational headaches or something else. The extension of the shipment period with a clear discount is indisputable for either party.

Who decides whether a contract is governed by GAFTA or not?

If both the shipper and consignee are members of GAFTA then the trade terms are automatically enforced. But, as in a lot of cases, it is something that is negotiated between the buyer and seller and then notated in the individual contracts of each.

GAFTA terms have become pervasive within the ag trade.  GAFTA has done such a good job internationally that there really isn’t an alternative, let alone one that would provide neutral arbitration. It is in both the buyer and sellers’ best interest to contract according to GAFTA 88 and 125 terms when conducting business for containerized grain/feed.

Does GAFTA benefit the shipper or the consignee more?

I believe it benefits both.  Each is more in control and more comfortable with the terms that govern the contract. Having GAFTA contract terms outlined allows the buyer and seller to focus more on service, pricing and other added value they can bring to the trade.

Can you describe the penalties portion of these GAFTA contracts – specifically the penalties imposed on ag exporters if shipments are late?

It is a tiered schedule with a percentage shipment discount based on the number of days the cargo is late.  For instance, if cargo sails 1 to 4 days later than the contracted latest date of shipment then the specific shipment that sails late is discounted 0.50%. If this is one container of DDGS it clearly is not as punitive as if it were 3,000 MT of soybeans sailing a day late. The costs are real – and on one hand it can be debilitating as they can add up. On the other, it’s great to have a contracted schedule that allows for cargo to sail late and not run the risk of contract default.

What is the impact of these penalties on an ag shippers’ business and the industry as a whole?

These costs can be a huge hindrance to our business. It’s one thing to be cognizant of the delays but it’s another when it directly affects the invoice value of our cargo. Also, operating with such low margins these penalties add up when our margin is slim-to-none to begin with.

However, it’s good to be aware of delays in advance of the time of loading. It’s always better to know in advance when we will be paying a discount to the buyer rather than when we do load on time only to find out that the container line has rolled our cargo. This is one of the main advantages I see with NYSHEX – we have a guaranteed window where our cargo will be sailing – be that within a GAFTA penalty period or on-time. And any delay following that period will be put back to the carrier.

What made you decide to become a NYSHEX Member?

There were a variety of factors that went into Stone Arch wanting to become a member of NYSHEX. First, digital solutions seem to be where the industry is heading so it was something we wanted to be a part of.  But more importantly, I think NYSHEX has done, and is doing, a great job of listening to comments we have had and then implementing them on the platform. The website is easy and straightforward to utilize. Another factor, as we steadily grow our volume each month, at both of our facilities, is the ability to lock-in more container services on NYSHEX which allows our operations team to be that much more prepared in advance for these bookings.

Moreover, with NYSHEX there isn’t a cost to us as the shipper since the risks and complexity associated with cargo rolling, feeder space getting booked up or rates varying due to some arbitrary surcharge month-to-month is either the ocean carrier’s responsibility or is essentially eliminated. The rates on NYSHEX are fixed so they are exactly what we book. All of us at Stone Arch are excited about the growth of the platform and eager to see more carriers get involved.

Having a set window when cargo is guaranteed to sail helps us account for GAFTA penalties in advance. And rather than have us, as the shipper, pay for a roll it comes down to the carrier reimbursing the delay.

Stone Arch Commodities is a containerized exporter of grains and animal feed that’s focused on the global supply chain. The company has two transload assets – one in Elwood, Illinois just outside of Chicago and the other in Minneapolis, Minnesota. The company was established in 2016.  Current main commodities are feed ingredients but Stone Arch plans to expand into grains and oilseeds.