Fueling the volatility: A glimpse into 2019 for shippers – straight from SCITC 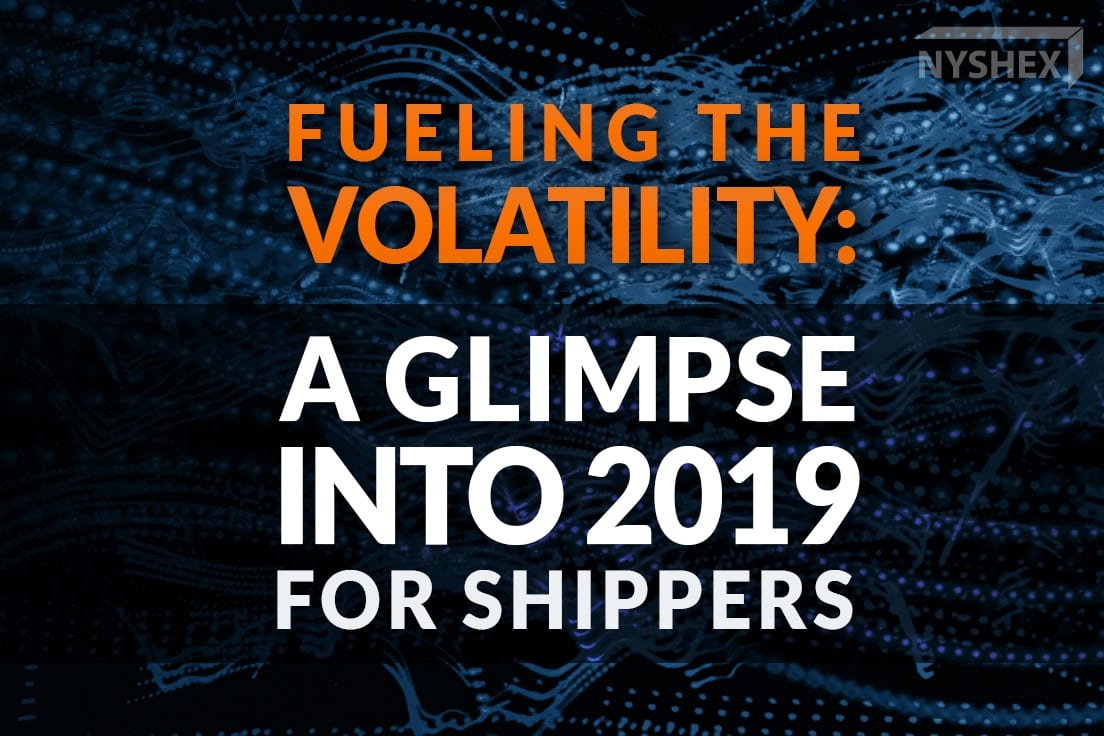 Throughout my career, I’ve attended the South Carolina International Trade Conference (SCITC) in Charleston.  Every time I go, I am reminded of what Rhett Butler says in Gone with the Wind – “I’m going back to Charleston, where there is still a little grace and civility left in the world.”  Once again, this held true at this year’s 45th annual SCITC Conference where I felt the welcoming embrace of the Holy City.

While in Charleston, I had the distinct honor to present NYSHEX at the SC Logistics Tech Talk.  With the industry’s heightened interest in digital transformation, the audience was especially interested in learning how NYSHEX is working to transform inefficient container shipping practices with enforceable contracts.  Cyber security was also a hot topic that fueled discussion.  NYSHEX’s cyber security practices received plenty of kudos from Chief Security Officers and cyber security experts for the many measures we take to protect our members’ data.

Based on the tone and content of this year’s SCITC, I would describe the 2019-2020 container shipping forecast as “volatile”.  Since 2008, ocean freight rates have swung as much as 36% from average in any given year. Now experts predict we WILL see significantly higher rates in 2019 and even more increases in 2020 as the IMO Sulphur fuel regulation goes into effect.

SeaIntelligence CEO and Founder, Lars Jensen, gave an appropriately grave outlook for steamship line financial health. Oil prices have significantly increased and ocean carriers have been unable to recover that cost increase in freight rates this year. Even with an extended peak TPEB season, supply still exceeds demand which thwarts all attempts at driving increases. Freight rates should have risen by 13-14% months ago. Carriers have been eating the loss which keeps snowballing day by day.

Lars also spoke to the Low Sulphur Rules stating that it will represent $11.7Bn in additional costs per annum for ocean carriers which will need to be passed on to shippers. He rightfully pointed out that the combined annual profits (for publicly reported) carriers is $8Bn… over the past six years combined! It doesn’t take a rocket scientist to see that it’s absolutely impossible for carriers to absorb these new cleaner fuel costs and stay afloat.

Carriers and Shippers Speak Up

During the carrier panel, Stuart Sandlin, Sr. VP from Hapag-Lloyd reported that capital costs are already so high that if fuel costs aren’t recovered, “you have to really consider whether or not to continue to run an asset.”  Allen Clifford, Exec. VP from MSC also advised that shippers are “obliged to have the conversation about the new sulphur fuel costs internally,” with their business units and prepare for increases as “it is not possible for carriers to absorb this, and it is not right.”

Meanwhile on the shipper panel, several large, reputable shippers reported that no carrier has been able to name a fuel increase quantum. “It’s been all anecdotal” echoed one.  A major retailer commented, “The new Sulphur fuel cost needs to be simplified so it can be understood.  We need clarity and transparency.”

We have all seen volatile years but it is safe to say that with bleak carrier earnings announcements expected for the current quarter, asset investment requirements, such as Sulphur scrubbers costing $2-5M a vessel, and an unpaid fuel bill that continues to enlarge with each passing day, we are in for a very bumpy ride for the next couple of years.

To add a glimmer of hope, NYSHEX and our six carrier members will continue to be there to support the industry with fixed, all-inclusive rates as far out as six months into the future. While we can’t promise you that the offers on the exchange won’t represent cost increases (over today’s unsustainable levels), we can promise you that once you purchase you will know for certain that the amount won’t change, so your invoices will have zero surprises.

Contracting through NYSHEX is the only sure-fire way to avoid surprise surcharges or unplanned fluctuations in your freight cost. And, your space and equipment are guaranteed.  Frankly, at NYSHEX “we do give a damn.”