Are Ocean Carriers Stuck in the Bertrand Trap?

Last spring I was sitting in a microeconomics class learning about Game Theory when one game caught my attention.  The lecture began with a simple game in which two firms sell an identical product and the cost to produce that product is the same.  Buyers in the market have no brand loyalty and will always buy from the cheaper firm.  Firms set their prices simultaneously without knowing what price their competitors will set.

After we thought about the game for a few minutes, the professor asked us what the right answer is; what price should each firm set?  As we learned, the best price to set is the highest one which is also lower than your competitor’s price.

These parameters immediately made me think of my own industry.  Container shipping is a commodity and shippers often request multiple quotes and make multiple bookings which allows them to ultimately select the carrier that offers the lowest price.  As the game goes, the firm with the lower price, wins market share.

Concern over the financial stability of steamship lines climaxed last year in August when Hanjin filed for bankruptcy.  As I sat in class, I thought this was the ultimate proof that carriers are stuck in the Bertrand trap, struggling to maintain market share and financial stability.

One of the ways to get out of the Bertrand trap is to eliminate your competition through mergers and acquisitions.  Last year Hapag Lloyd announced its merger with UASC and Maersk acquired Hamburg Sud.  This summer, Cosco’s stocks were suspended on the Shanghai Exchange, one of the first public signals that a merger would happen with OOCL.  Three Japanese carriers, MOL, NYK and Kline are expected to finalize their merger by the end of this calendar year.  In addition to the M&A activity in the industry recently, new shipping alliances were rolled out earlier this year reducing the number of alliances from four to three. 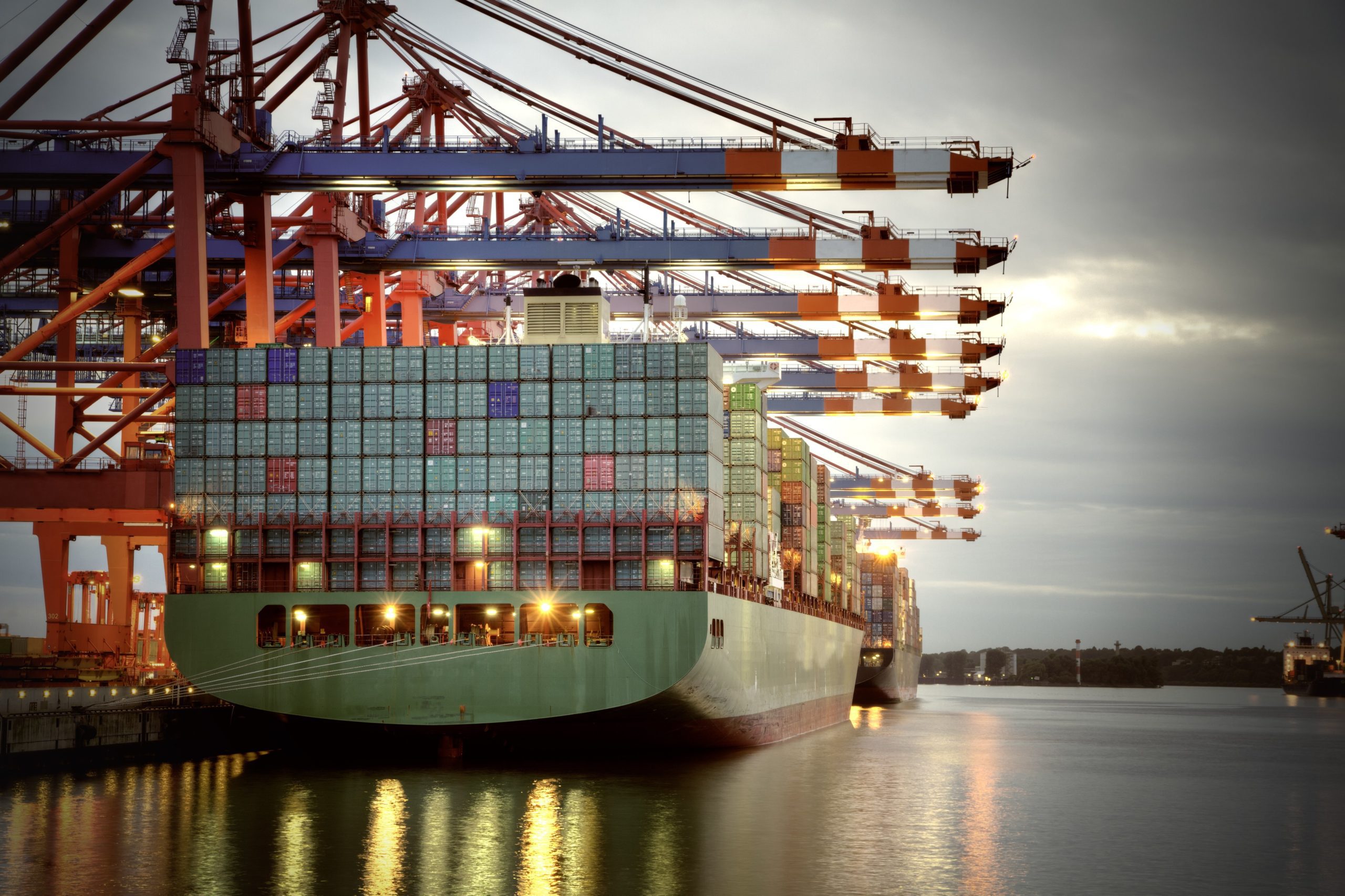 Another way out of the trap is to be the cost leader allowing the firm to price above their own marginal cost in order to make a profit while also maintaining a price under that of the competition. During the next two  years, all three alliances will take delivery of new “ultra-large” container ships.  The number of services offered will likely be reduced and carriers should experience lower marginal costs as a result (given they’re able to then fill these massive ships).

A slightly more interesting way out of the Bertrand trap is agreement on price.  While explicit agreement on pricing is typically illegal, implicit agreements are more difficult to regulate.  One of the most obvious examples of implicit price agreements is through the general rate increase or GRI.  As a result of FMC regulations, carriers must announce to their customers a rate increase 30 days in advance.  However, their announcements are made publicly and thus they do not only alert customers of a price increase, but also send a signal to competitors that the carrier is planning to raise its price.

In practice, what then happens is throughout the course of the 30 days, the carriers remain stuck in the Bertrand trap as they continue to undercut each other throughout the month to win market share and fill their ships until the price returns to where it started at the beginning of the 30 day period.

My favorite lesson from the class on how to get out of the Bertrand trap is through product differentiation.  This is where my company, NYSHEX comes in.  In an industry that has been largely commoditized, NYSHEX offers a guaranteed ocean service.  As I mentioned earlier in the post, shippers request multiple quotes and multiple bookings in their quest for the best price.  This leads to a huge percentage of shipper downfall and prevents carriers from being able to effectively manage their fleet.  As a result, carriers intentionally overbook each vessel assuming a certain number of bookings will not show up.  If the bookings do show up, the carrier must roll some containers to the next sailing.  When the bookings do not show up, the carrier is forced to sail their vessel at less than maximum capacity.  The result for shippers is volatility in the supply chain causing inventory surpluses and shortages, production stoppages and late delivery penalties.

Through NYSHEX, shippers are guaranteed space on a vessel departing in a given departure window and are able to stabilize their supply chains and better plan their production schedules and deliveries to customers.  Carriers also benefit by this guaranteed ocean service as they are able to leverage dynamic pricing to react to the ever-changing market conditions and in turn are able to offer a differentiated product to the market, helping them get out of the Bertrand trap.  Today we have four carriers using the NYSHEX Live Exchange who are trying to do just that.

Interested in learning more about NYSHEX?  Schedule a demo with a member of our sales team!