3 Reasons Why 2022 Contract Season May Already Be Over 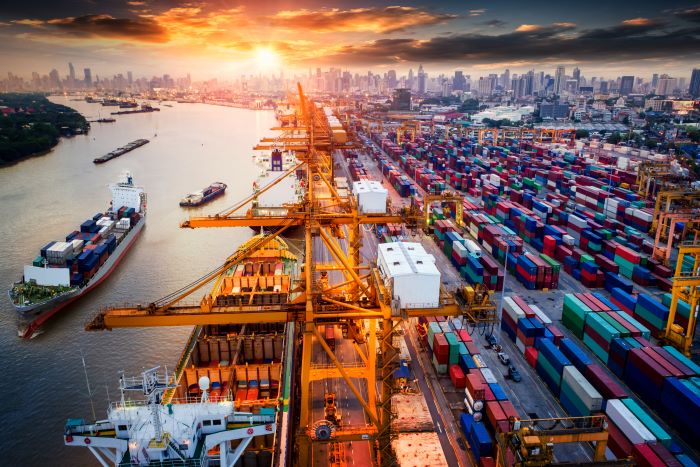 Faced with high-demand and the current market disruptions, many retailers are abandoning the traditional pattern of negotiating contracts with carriers in late winter and early spring, and instead are moving fast to lock in their contracts for all of 2022.

Shippers seem to believe that swift action in advance of the ‘normal’ negotiating season could help position them at the top of the priority list for carriers (read: Shipper-of-Choice). By signing their contracts now, rather than in a few months, businesses are gaining a foundation of predictability on which they can plan their future cargo transportation strategy and allocate more strategically. Overall, the shift away from just-in-time-inventory seems to be blooming fast.

Driving the shift toward starting contract discussions earlier rather than later is the continued doubt over when the market will return to normal, and when capacity will become more readily available. Transpacific lanes and ports continue to operate at strain and a return to pre-pandemic prices as well as OTIF consistency seems to drift further down the timeline. While shippers hope that relief could be around the corner, many are wondering what to do if it isn’t, and need to consider three key factors when making their decisions.

Capacity shortages may spill into 2023

While some analysts put the return to normality in late 2022, others say the turbulence could go on for another 24-36 months. One reason is that the current supply chain dilemma is in large part consumer driven, and the stress stems from factors beyond the control of just the ocean shipping industry.

Consumer behavior changed dramatically with the pandemic, with consumers bucking the decade-long trend toward spending on services and less and less on goods, Lars Jensen, CEO of Vespucci Maritime, told NYSHEX in DC last month. Once the pandemic kicked in, the trend reversed: US personal consumption on services fell and spending on products grew, sending demand for imports way up, Jensen noted. While the global demand may have been relatively steady, US demand increased at a time when many first and last-mile operations were hindered by the pandemic, creating a backlog for inventory and a reduction in available capacity that many are still struggling to deal with.

When this dynamic may reverse and when spending will decline and allow import volumes to ease up is still unclear. Jensen believes the idea that the market will return to normal in 3-6 months is highly unlikely and leans cautiously toward the second half of 2022 as the time for relief.

While spending on goods has boomed drastically in the US, it has managed to disrupt supply chains in other areas of the globe as well, Jensen says. Global demand for shipping is a modest 2-3% above the level from 2019, a rise that normally could have been handled with minimal strain, he says.

As vessels, equipment, manufacturing, and raw resources have been pressured in trade lanes around the world to serve this demand, markets worldwide have been wholly unprepared to handle the increase with the reduction in resources caused by the pandemic. Bottlenecks, delays, equipment shortages, and shutdowns have effectively removed about 12% of carrier capacity from the system, Jensen notes.

As the US demand boom continues to keep rates high globally, the cost of moving a 40-foot equivalent unit from China to the US seems to be staying above $12,000, a near 600% increase in cost from two years ago, according to public indexes.

Rates have also surged on non-US trade lanes, fueled by tight capacity as carriers relocate vessels from smaller lanes to serve the US. The cost to move an FFE from Asia to Northern Europe is now around $14,000, compared to about $2,000 in 2019, according to the World Container Index. A Rotterdam to New York move for a similar container costs about $6,000, compared to $2,000 in the past, the index reports.

For shippers, this sustained disruption means that survivors will be proactive and need to revolutionize the way they sign contracts and negotiate partnerships with carriers.

“Risk management is taking on a much more important role than it has in the past,” Jensen told the DC forum.

More than ever, he said, the choice for shippers is to either opt for a “stable, predictable supply chain,” which will ultimately offer accountability from carriers that reduces cost, or to continue chasing low prices in the spot market, which offers greater uncertainty and may mean freight gets left at the docks.

Shippers seeking the more stable option have been negotiating contracts since April, and, wherever possible, signing contracts well before the typical negotiating season. The strategy is not without some risk, as shippers may pay more for contracts today only to find that in six-months rates have fallen. Or, if demand slows, the shipper may find they have contracted more capacity than they need.

Yet the strategy may also pay dividends, bringing reliability to the forefront of their business strategy, creating a baseline for their container shipping, and giving shippers the space to focus on making their supply chains more efficient.

However, all these discussions function at their core with a commitment from both shipper and carrier to fulfill the agreed terms of the contract. Where NYSHEX has found a unique opportunity, is that no matter the decision to pursue either a short-term or long-term contract, the reliability and accountability provided by a two-way committed contract protects both parties from disruptions.

While there is no quick resolution to the current logistics turbulence that is immediately available, shippers and carriers can begin take a hard look at their operations, assess their needs for the next 6-12 months, and begin negotiating contracts – and maybe get in line ahead of their competition.